They say that “absence makes the heart grow fonder.” I’m not so sure about that.

This weekend, Jewish families all over the world will sit down at their tables for the Passover Seder. This season celebrates freedom; it acknowledges that somewhere in the depths of our history/mythology we were slaves. And that through forces human and divine, we were made free.

The main character of this drama is, of course, Moses. Moses the miracle baby. Moses the Egyptian prince. Moses the freedom fighter. Moses the reticent leader. Moses the prophet.  Moses the philosopher. Moses the rabbi. He plays more roles in Jewish tradition than any other figure. He is the archetype for EVERYTHING.

Which makes it exceedingly curious that as you make your way through the traditional Haggadah – the prayerbook for the Passover Seder – the name of Moses appears not a single time.

Why is Moses absent from the seder? Maybe the framers of the Haggadah wanted to attribute the miracles to God. Maybe they didn’t want to encourage Moses-worship. Maybe they wished to universalize the story, allowing it to speak to oppressed peoples in every time and place. Whatever the reason, there is a sense that Moses’ actions are so extraordinary that they speak for themselves. We don’t even need to mention his name.

Moses is lucky – we know he’s there even when he’s not mentioned. But that’s not usually the meaning of absence. And that is what the US Treasury Department acknowledged this week when it announced that for the first time, a woman will be featured on an American bill. Finally, a woman’s presence on US currency! Finally, an end to this glaring absence of female voices and faces in an important federal institution. 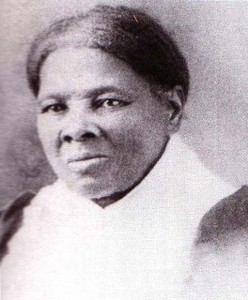 And appropriately for Passover, the US Treasury department chose none other than Moses. The abolitionist Harriet Tubman, who escaped slavery and then committed her life to shepherding other slaves to freedom, was known in the abolitionist movement as “Moses,” because of her commitment to freeing her people. A human rights activist, a suffragist, and a symbol for freedom, her actions – like those of the original Moses – have long outlived her own lifetime.

By placing Harriet Tubman on the $20 bill, we acknowledge the central Jewish value that individuals have the power to repair the world. That where there is slavery or oppression or hatred, brave women and men can to change it. It reminds us that that our presence is felt through our actions.

May the name of “Moses” – and her picture on our currency – inspire us to be our best, and to bring freedom and peace to our world.